My sex education was a bit different from most young teens. Being raised by my father, I never had the ‘sex talk’. The day I started my period, I thought I was dying and rode my bike to the hospital. Before I left, a middle-aged nurse had ‘the’ little talk with me. Latter,Dad said I was woman now and gave me a gift; the book ‘Hello G-D, it’s me Again Margaret”. That was my formal sex education. But it wasn’t the end of it by any means.

It wasn’t until that summer that the real education began. As we did every year, all the grand children gathered at grandma’s house for the summer. Since I was little, me and one cousin in particular were close. Partners in crime we had a special connection and where you found one the other was close behind. We were always at the farm next door where a few boys lived. One afternoon we were being noisy and found a Play Girl magazine under one of the boy’s mattress. Intrigued by the photos, we snagged it and ran out to the barn to hide with it.

Those days of innocence were fun; we were carefree as we sexually blossomed. Late one night when we were sure that everyone else was sound asleep, we snuck out of the house and to the barn. We were off to get the magazine that we’d hidden there. Giggling, we gazed at the images and practiced being sexy models our selves. Without thinking about it, we started touching and kissing each other. Not knowing what we were really doing, we explored each other’s bodies. It was exciting to feel her touch me. Needless to say this wasn’t the last time we that we sneaked out to the barn.

The summer came to an end and it was back to school. There I was an outcast. I didn’t have many friends and the few I did have usually turned out not to really be the best choices. After telling one girl about my summer of sexual exploration, she told a few of her friends and the next thing I knew there was a new rhyme that the kids would sing just for me. Like it was yesterday, I remember it; “It’s lezzy Lora time, she isn’t worth a dime, give her a dollar, she’ll make you holler, it’s lezzy Lora time”

Soon after school started I met a new friend. We hit it off from the start since she her mother was gone too. She was a single daughter and her grandmother lived with them. One day she asked me over for the weekend. I remember while, I using her father’s bathroom that weekend and finding a stack of ‘girly’ magazines. The photos were beautiful, but I was afraid of getting caught so I put them back and went off for the day. That night lying on her bedroom floor, she began to touch me like my cousin had. Kissing and playing around, she asked me if I wanted to do more. I smiled as she took me by the hand and led me down the hall to her father’s bedroom. I’d never seen so many mirrors before. They were on the walls and ceiling; everywhere. She brushed my hair back and began to kiss me. Kneeling down she buried her face between my legs. It felt good. I remember staring at myself in the mirrors and liking what I saw. Then he was there, her Dad was behind me, his hairy body pressing against mine as he grabbed my breasts. I only remember bits and pieces from that night, it’s all sort of haze now. I didn’t really think that there was anything wrong with what was happening. I don’t remember ever hearing about child molestation until later in life. I do remember thinking how lucky she was that her father loved her and how special their relationship was for a long time.

I hung out at her house quite a lot for a while after that first night, but it soon faded away. I wanted the attention of boys my age; the boys at school. Looking for affirmation or some sort of love that I thought was missing from my life, I allowed my body to be groped and used by any boy who wanted. I even hid behind the bushes with one boy every day after school. But I wasn’t allowed to tell anyone. That year was filled with promiscuity.

After a lot of drama and bouncing between people who were willing to keep me, I landed with a couple from a local church that my father was attending. They were nice and had three grown sons and a daughter. I sort of fit in like a stray puppy or something. I remember once she sat me down and told me that when I took a shower, I needed to hang my towel over the doorknob. ‘So no one can see’, she told me. I wasn’t sure why she was telling me to do this, but that night I looked back out the key hole in the bathroom door and there was a big eye peering at me. I remember being shocked. Their boys were always over for dinner or something. To make a long story short, the father of the house took every chance he could to give me a hug and reach around to touch my breasts. Another son did the same thing every time he gave me a back rub, which was quite often. There was one son that I really liked. He was tall, wore a leather jacket and had a cool Stingray Corvette. One day, I ditched school and went to his house. There in his living room, I stripped down naked and climbed on his lap. It wasn’t long before we were on his bed. After that, we hocked up any chance I could find.

I didn’t live there long before I ran away, for the first time, with the carnival. Yep, I had issues; big issues. I ran away a lot over the next year before I left for good and landed on Bourbon Street under the control of a pimp. When I was turned out, I wasn’t a virgin by any means. But, it was my choice; as poor as it was. In the French Quarter, my sex education was cruel and extreme in every way. To keep from having to sleep with multiple men to make the nightly set amount, I went with only high rollers. These are the men who wanted more extreme fun. Anything from being a little rough to dark fetishes like being a human urinal, I did it all for money. It wasn’t pretty.

There were many things that led me down my path. I don’t think that anything can be pinpointed and anyone say, ‘if this were different the tragedies could have been diverted’. However, I think the lack of any type of sex education in my life played an important role. If I would have known something, anything about sex when I hit puberty, maybe it would’ve made a difference. Maybe, if I would’ve been told that men do things to girls that aren’t appropriate, I wouldn’t have went with my friend to her father’s bedroom.

Deciding how to share what and when with your children about sex, can be a difficult task. Not to be taken lightly, there’s a lot to consider.  But please don’t let the world educate them. The world’s education isn’t healthy and can do a lot of damage to young minds.

This is one of the reasons that I desire to begin stepping out in our community and become a sex educator. Maybe I can help others by advocating healthy sexual exploration or help someone avoid their own train wreck. I don’t know if I can, but one thing’s for sure; I have to try. Coming out of my own darkness into the light, how I can’t remain silent. 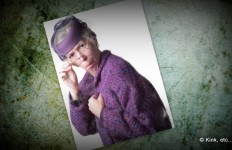 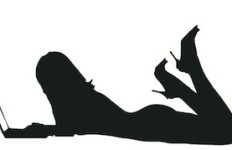 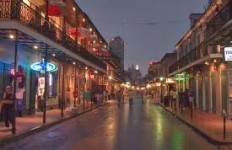 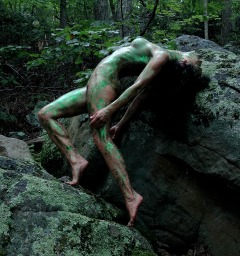 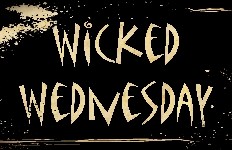